"In India, cannabis consumption has long been part of Hindu worship and Ayurvedic medical practice. According to ancient Vedic texts, the psychoactive herb was "a gift to the world from the god Shiva" - where the nectar of immortality landed on earth, cannabis sprang forth. Longevity and good health were attributed to this plant, which figured prominently in Indian social life as a recreant, a religious sacrament, and a household remedy. Hindu holy men smoked hashish and drank bhang (a cannabis-infused cordial) as an aid to devotion and meditation. Folk healers relied on cannabis, "the food of the gods" for relieving anxiety, lowering fevers, overcoming fatigue, enhancing appetite, improving sleep, clearing phlegm, and a plethora of other medical applications. Cannabis flower tops were said to sharpen the intellect and impel the flow of words. "So grand a result, so tiny a sin", the Vedic wise men concurred. There are no less than fifty Sanskrit names for cannabis, all praising its attributes ..." 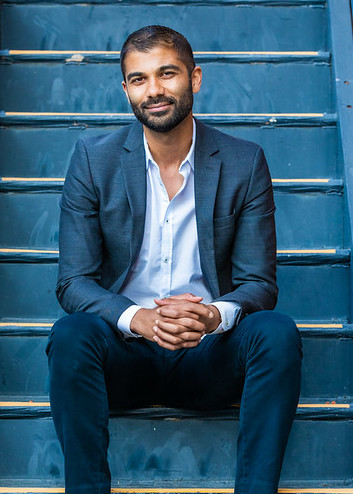 Hirsh is also on the Board of Directors of the National Organization for the Reform of Marijuana Laws (NORML) in California, which for fifty years has been working to reform California's cannabis laws, led the opposition to the War on Drugs in California, and co-sponsored the nation's first medical cannabis law, Prop 215, in 1996.

In addition, Hirsh serves on the Board of Directors of SC Labs, one of the largest cannabis testing labs in the United States. SC Labs provides potency, pesticide, terpene, and microbiological testing services to many of the leading cannabis operators in the country.

Hirsh was previously the Director of Government Affairs at Caliva, a leading California cannabis brand. Hirsh helped Caliva compete for cannabis licenses across California and oversaw the company's expansion strategy. In addition, Hirsh built partnerships between Caliva and cannabis brands started by those targeted by The War on Drugs.

Prior to Caliva, Hirsh was the West Coast Director of Government Affairs at MedMen, one of the largest cannabis retailers in the country. At MedMen, he oversaw each of the company’s major West Coast markets, including Las Vegas, Los Angeles, Oakland, Phoenix, San Diego, and San Francisco. In addition, Hirsh helped draft and lead campaign strategy for Prop 207 in Arizona, the 2020 ballot initiative that legalized adult use cannabis in the state.

Before Airbnb, Hirsh was an Engagement Manager at McKinsey & Company in New York, working in the company's Public Sector Practice. In this role, he worked closely with President Obama's Council on Jobs and Competitiveness (PCJC) chaired by the CEO of General Electric, Jeff Immelt.

Hirsh has a B.A. in Philosophy from UC Berkeley, where he worked as the Cannabis Lead in the Campus Public Defender’s Office, defending students that were accused of cannabis violations by the University. He also has a J.D. from Harvard Law School, where his focus was the legal and political impacts of The War on Drugs.

In September 2021, Hirsh joined the Cannabis Investing Podcast to provide a detailed analysis of challenges and opportunities in the California cannabis market.

We provide operators, investors and ancillary businesses with detailed "due diligence" on cannabis operators, their footprints, their performance by asset / state, competitive position, growth prospects, management quality, and regulatory risks.

We help cannabis operators, investors and ancillary businesses in the United States and Canada understand the evolving local / state regulatory landscape for cannabis, and local / state market dynamics, with an unprecedented level of granularity.

We serve many of California's leading cannabis brands and retailers, helping guide their expansion strategy, competitive licensing efforts, and M&A activity within California. Ananda Strategy has entitled more than 40 of the 1000 dispensaries in California, including many of the highest-grossing retail outlets in the state.